We’re sure you’ll agree that Team Allswage Van Racking (AKA Team AVR) are a cut above in the looks department, all wrapped up in our new van racking livery. Quality results are the name of the game. Maybe you’ve already seen them out on a race track near you?

Catch-up with our Managing Director, Nick West, if you can! This year he has joined forces with Dad and Allswage founder – Dave West, to race our newly wrapped eye-catching mini. Dave has been sprinting and hill climbing since the late 1960s, but Nick is a relative newcomer to the sport. Following in his Dad’s footsteps (tyre tread) he’s already earning his spurs. April 10th marked their first outing this year, at the Midland Speed Championship at Curborough. Despite some electrical gremlins our smart mini still came in 2nd and 3rd in class. Stay in touch with race news by following our Facebook and Instagram pages.

Similarly wrapped up in the same gorgeous Allswage van racking livery is our Mickel Motorsport Legends car, being raced by Luke Simmons. We’re all supporting Luke in his attempt to take the Rookie crown in his very first season.

Both cars are getting lots of attention and rightly so. They’re smart, they’re mobile, they’re different – like Allswage. If you’re looking to smarten up your mobile workshop and install some quality van racking then it’s time to get in touch with our Allswage Van Racking team and benefit from the best van storage solutions for DIY motor enthusiasts and small businesses. 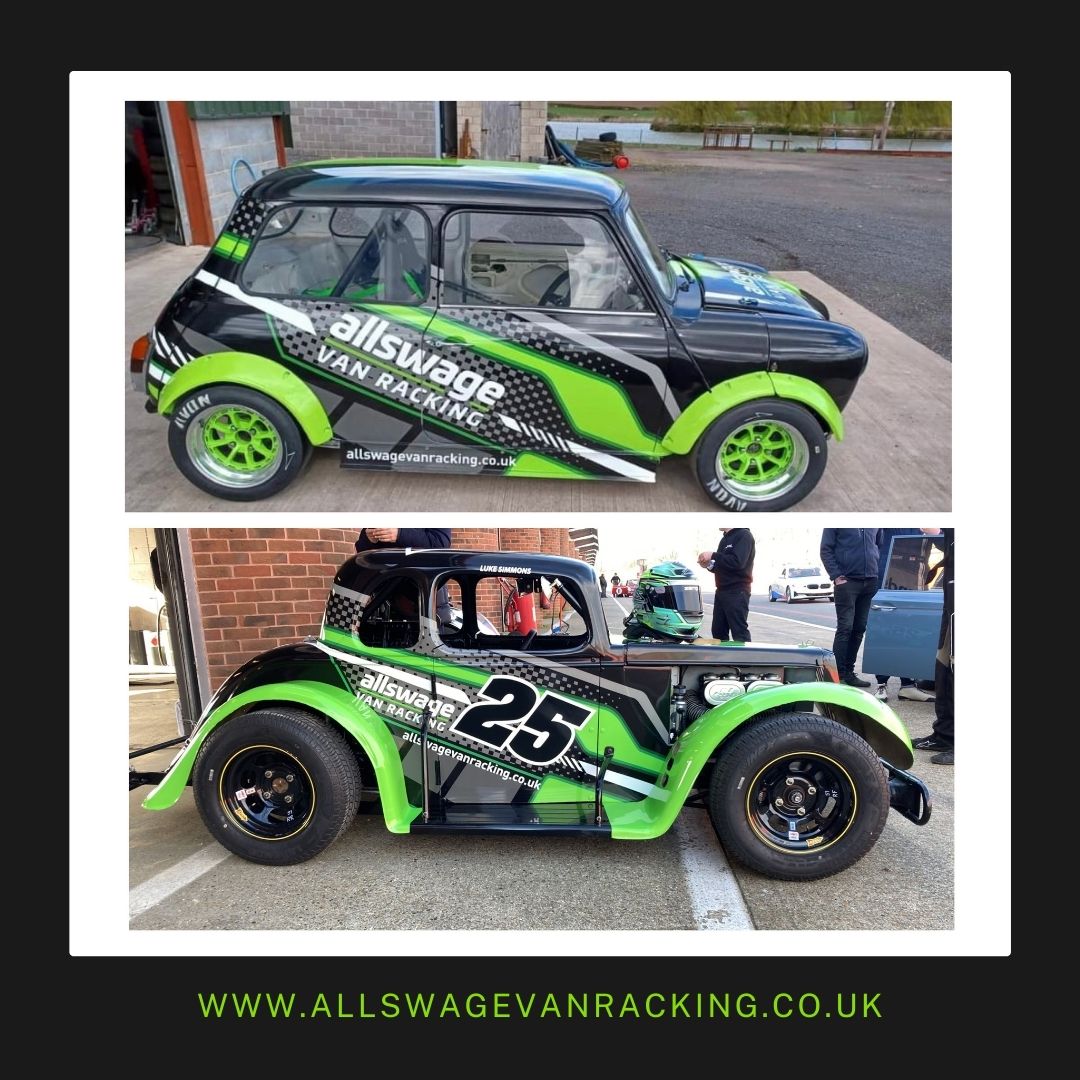 Here to support all your hose assembly equipment and workshop needs. We are looking forward to helping your business.

Simply tell us what you’re looking for…